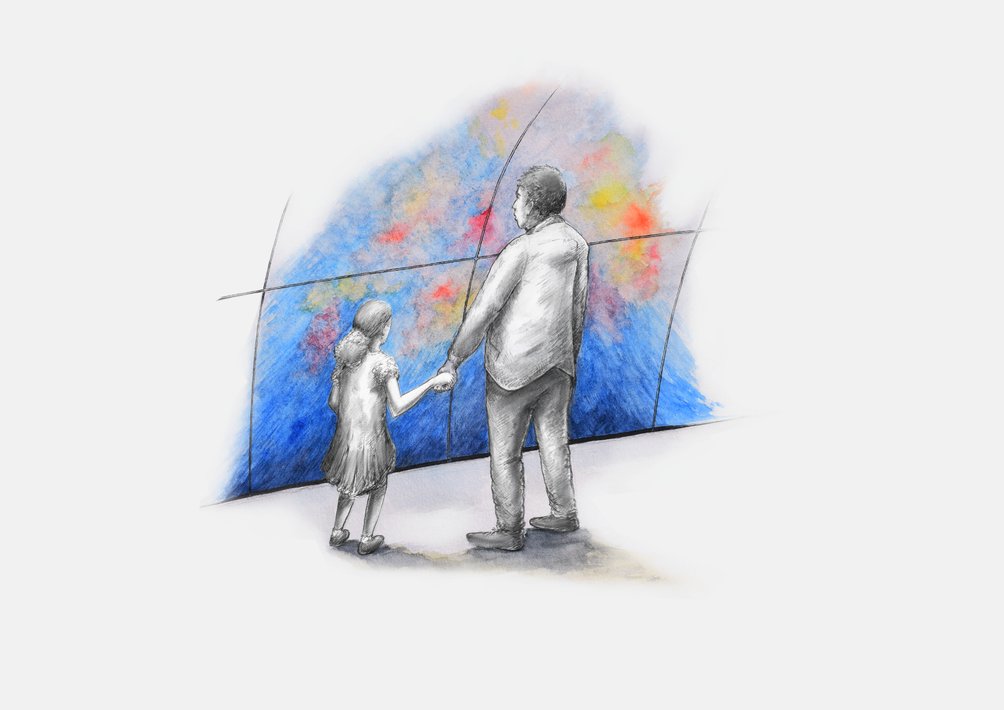 A father and daughter are looking at a simulation of the primordial soup. The Russian scientist Oparin and the English JBS Halldane conceived the idea of the primordial soup. An enormous ocean where life on earth began (3.8 billion years ago) as a result of a combination of chemicals (resolved in water) and a source of energy to make amino acids, the building blocks of proteins which would later evolve into all life on earth.