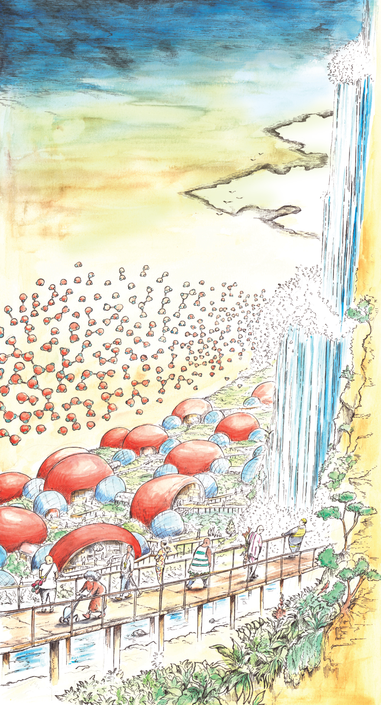 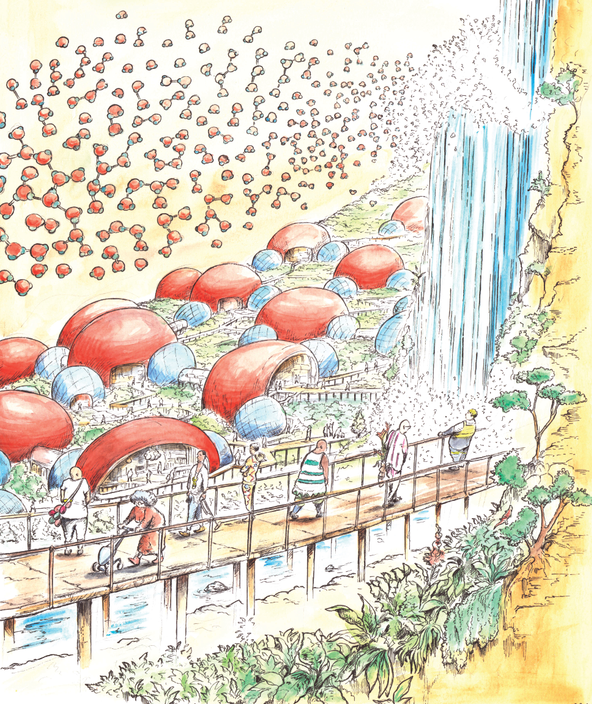 Thanks to the polarity of the water molecule, the molecules attract each other. The plus end of a hydrogen atom associates with the minus atom of the oxygen atom. We call this bond, the hydrogen bond. It is not a very stong molecular bond but it is strong enough to have a huge effect and make water behave differently than so many other substances. As a matter affect water bonds are constantly formed and seconds later the bond breaks down again. In the Fuij region in Japan, you can find Hydrogen city, it is a city where the architecture mimicks the water-molecule. The city is built along a river with a spectacular waterfall. In the air a digital projection displays water molecules and the water bond constantly attracting other molecules.